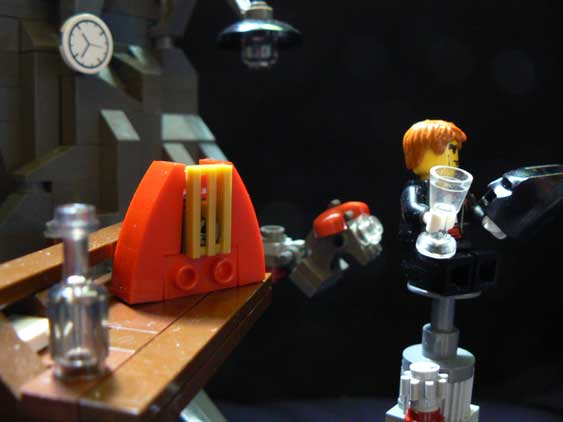 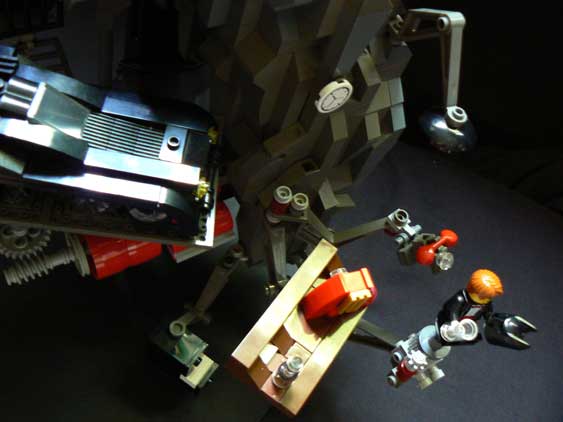 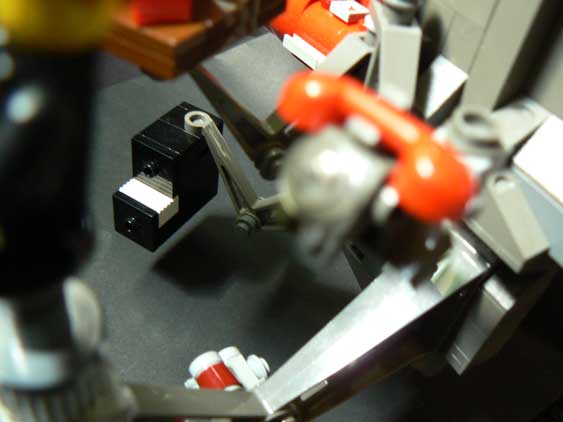 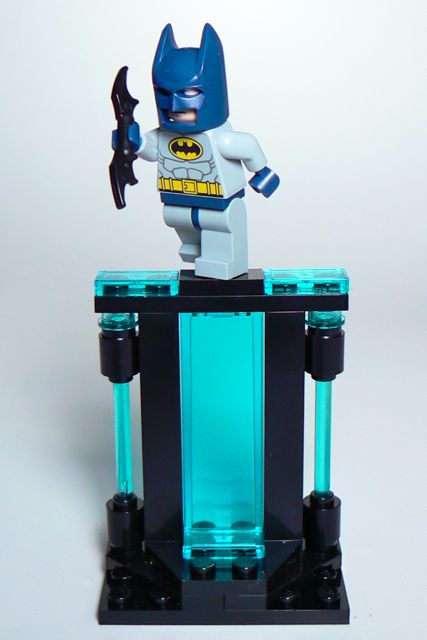 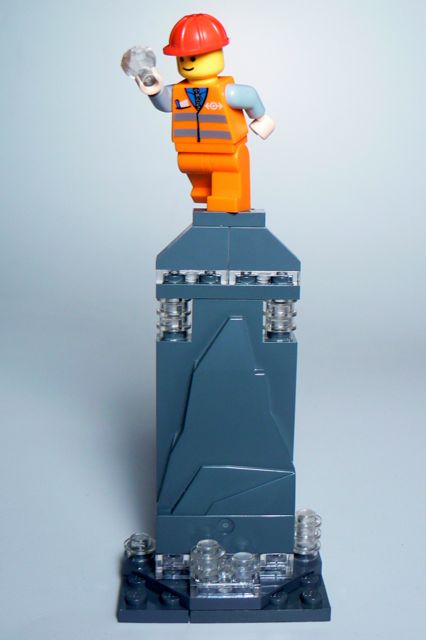 The Squirrel Hill location of S.W.Randall Toyes & Gifts is holding its annual LEGO design competition. In the adult division my entry is up against some other really cool models. Nicholas entered as well, in an even more hotly contested age group.

I won’t ask you to vote for our entries specifically, but please do stop by the store and vote for your favorites.
Voting is open only until the end of June. (I’ll post pictures sometime after voting closes.) 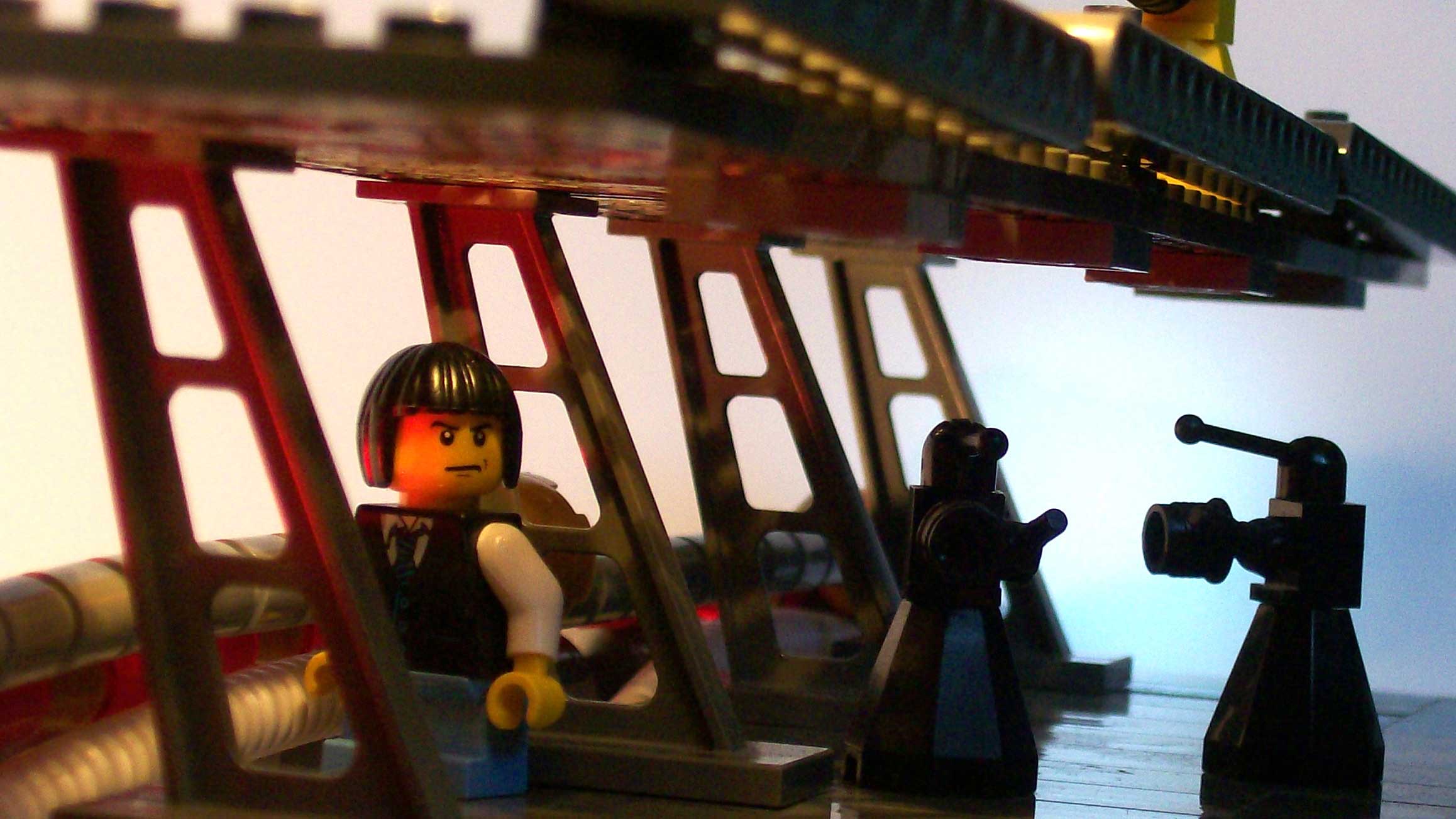 CafePress refused to sell a shirt with the Ellipsis Man logo in its natural color scheme. I can’t say I’m really surprised…I certainly don’t blame them for making that decision. Undaunted, I changed the colors. Enjoy! 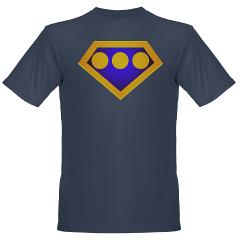 Sketch of the day, Superhero edition:

Surprisingly underrepresented on the Internet. There’s this epic conflict, but not much else.

So here’s my contribution, a logo and an enigmatic warning… 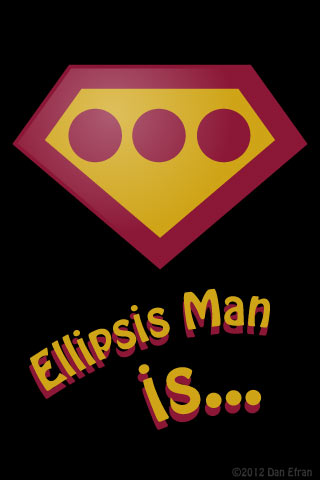 (Speaking of “…”, if you haven’t seen Dot Dot Dot yet…it’s pretty funny. Nothing to do with me or Ellipsis Man, though: it’s just one of those Internet-eating-its-own-tail things. I only mention it because lately I’m reminded of it whenever I think about ellipses for any reason. I suppose I’ll get over that someday….)